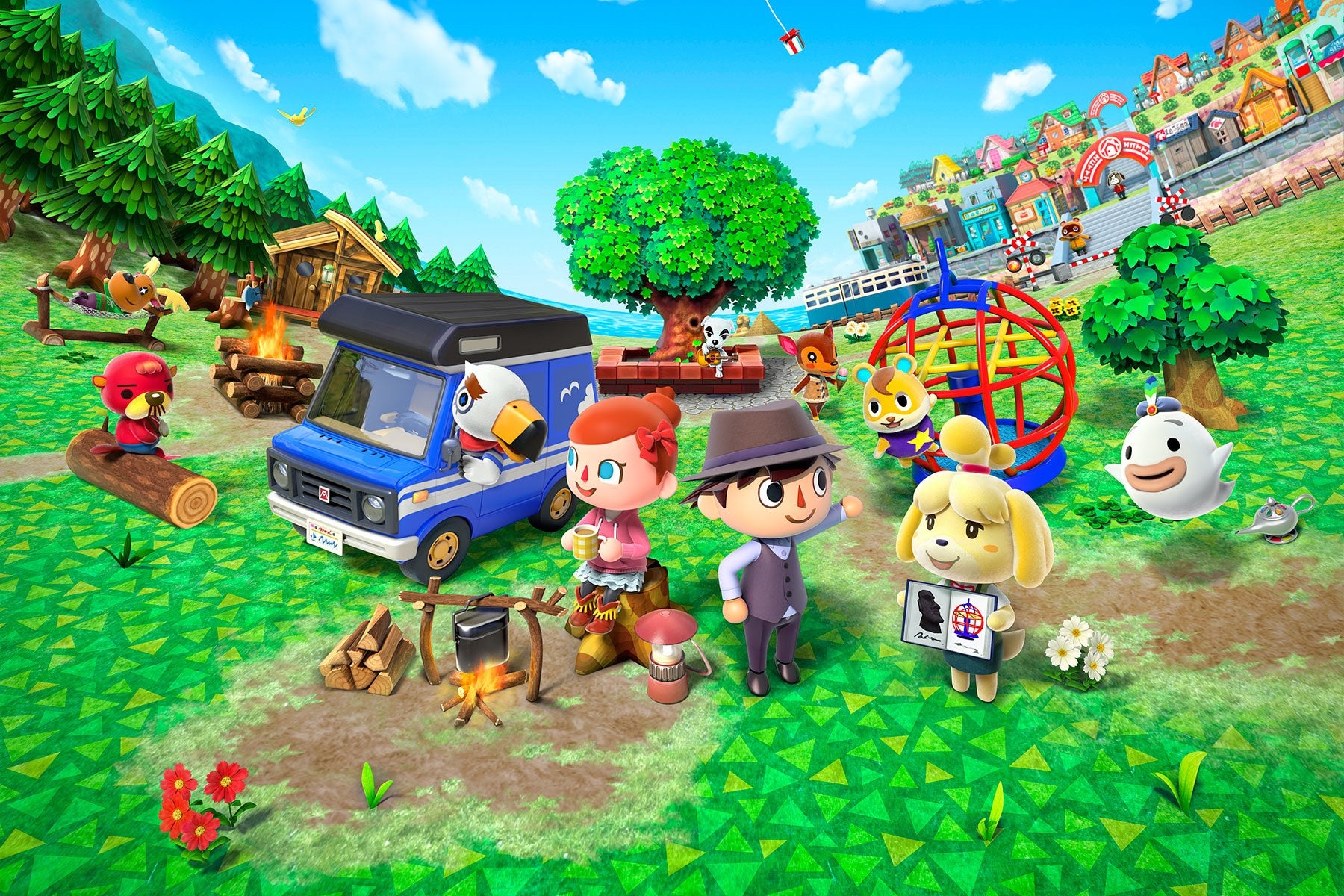 Nintendo aired a new Animal Crossing: New Horizons Nintendo Direct presentation today, featuring new information about the game, including what it’s like to start out on a new island and what you can do.

It was chock-full of new features for the game, so here are some of the biggest announcements from the stream:

CHOOSE YOUR ISLAND LAYOUT AND YOUR HEMISPHERE

You’ll be able to choose from four island options to find your desired layout, meaning you won’t have to start completely over to get a layout you like. You can also select what hemisphere you want your island to be in, so it’ll experience different seasons during different times of the year.

PLACE WHERE YOUR VILLAGERS’ HOMES WILL GO

New villagers will no longer just plop their homes down wherever, ruining your landscaping. You’ll decide where they go yourself. You can even place a spot for a future resident before they move in.

UP TO 8 PEOPLE CAN BE ON ONE ISLAND VIA MULTIPLAYER

You’ll be able to visit other islands using a service called Dodo Airlines at the airport, with up to eight people being able to play together at once. You can also have up to eight residents on one island, playing on one copy of the game, though only four can play on local multiplayer at once.

Nook Miles can be used to buy items or to pay off some of your dreadful loan. After all, going on a fancy vacation isn’t free. Achievements will have you catching fish or bugs.

If you get caught in a tough place while decorating, or maybe you’re just too lazy to walk back to your house, you can call a rescue service. Though the rescue operator wasn’t named, their tone of voice and the music playing implied that it was ... Mr. Resetti with a new job.

Using the Nintendo Switch app, players can read the QR codes from old games’ designs and import them to New Horizons. If you had a jacket design you really liked in the old game, you won’t have to remake it!

DECORATE YOUR HOMES FROM AN OVERHEAD VIEW

Just like in Animal Crossing: Happy Home Designer, you won’t have to stand around where you want to place furniture. You’ll be able to decorate freely without your character in the way.

YOU’LL BE ABLE TO TERRAFORM YOUR ENTIRE ISLAND

After receiving a permit, you can not only make paths, but extend or remove rivers, and even out some of the land. This cranks up the island customization to 11 in this game, as you can truly make your island into whatever you want.

RANDOMS WON’T BE ABLE TO MESS UP YOUR TOWN

You’ll be able to choose who can chop down trees or edit your island, so while your friends will be able to help you out, random people won’t be able to ruin your home.

The game will continue to update, adding holiday events throughout the year. The first event will be for Bunny Day in April, and it’ll be a day-one update on March 20.

i dream with a nintengo games in pc

Converse and Be Merry!

How to Conquer Tunnel Vision in League of Legends

Whether it’s a juicy cannon minion or an enemy ADC that’s farming alone, it’s easy to get fixated on one thing in League of Legends. What looks like a good opportunity can often lead to a fatal mistake if you aren’t paying attention. READ MORE
8 Jul, 2020
Ubisoft Forward – To claim a free copy of Watch Dogs 2 on PC

Horizon Forbidden West, the sequel to 2017’s Horizon: Zero Dawn, promises to continue the adventures of Aloy as she journeys across the post-post-apocalyptic U.S., fighting robot dinosaurs, and exploring sunken ruins. With PlayStation and Sony announcing the game at their June 2020 PlayStation 5 reveal event, the speculation train has officially left the station. READ MORE
4 Jul, 2020
Alienware LIVE Discord Tech Talk

This is probably the most humbling blog post that I've ever had to write. If you're unaware, or recently just joined the community (welcome!), in May we were fundraising for St Jude PLAY LIVE. READ MORE
29 Jun, 2020
Epic Games Store Victorious?

Epic Games Store Victorious? AAA Companies like Sony Interactive Entertainment and Ubisoft have joined exclusively and have NOT been pirated. No other way to get the games but from Epic Games Store and when moved to Steam, they are pirated. Epic's Victory READ MORE
29 Jun, 2020